Meniere’s disease is a vestibular disorder that produces a recurring set of symptoms as a result of abnormally large amounts of a fluid, called endolymph, collecting in the inner ear.

The prevalence of Meniere’s disease is difficult to assess. One population study found that 15.3 per 100,000 individuals develop Meniere’s disease annually. Of these, one-third eventually develop the disease in the second ear as well. 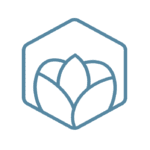 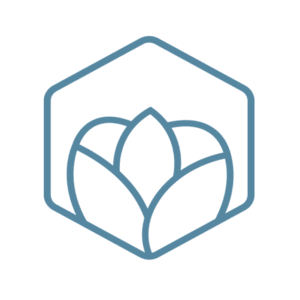 The exact cause of Meniere’s disease is not known. Theories include circulation problems, viral infection, allergies, an autoimmune reaction, migraine, and the possibility of a genetic connection. Experts also aren’t sure what generates the symptoms of an acute attack. Some people with Meniere’s disease find that certain triggers can set off attacks, including stress, overwork, fatigue, emotional distress, additional illnesses, pressure changes, certain foods, and too much salt in the diet.

Attacks can last from 20 minutes to 24 hours. They can occur many times per week; or they can be separated by weeks, months, and even years. The unpredictable nature of this disease makes it difficult to tell how it will affect a person’s future. Symptoms can disappear one day and never return, or they might become so severe that they are debilitating.

Symptoms
During an attack of early-stage Meniere’s disease, the main symptoms are spontaneous and can include violent vertigo, fluctuating hearing loss, ear fullness, and/or tinnitus. Following the attack, a period of extreme fatigue or exhaustion often occurs, prompting the need for hours of sleep. The periods between attacks can be symptom-free for some people and symptomatic for others.

Late-stage Meniere’s disease refers to a set of symptoms rather than a point in time. Hearing loss is more significant and tinnitus and/or aural fullness may be stronger or more constant. Attacks of vertigo may be replaced by more constant struggles with vision and balance, including difficulty walking in the dark and occasional sudden loss of balance. Sometimes, drop attacks of vestibular origin (Tumarkin’s otolithic crisis) occur in this stage of Meniere’s disease.

Treatment
In the United States, the most conservative long-term treatments for Meniere’s disease are aimed at reducing the severity and number of attacks. Treatment involves adhering to a reduced-sodium diet and using diuretics, or “water pills” to reduce inner ear fluid pressure. Some physicians, more commonly outside of the United States, also weigh the potential efficacy of using betahistine HCl (Serc®) as a vestibular suppressant for Meniere’s disease.

Medications that are used during an attack primarily reduce vertigo, nausea, and vomiting. These medications include diazepam (Valium®), promethazine (Phenergan®), dimenhydrinate (Dramamine® Original Formula), and meclizine hydrochloride (Antivert® or Dramamine Less Drowsy® Formula). Vestibular rehabilitation therapy is sometimes used to help with the imbalance that can plague patients between attacks. Its’ goal is to help retrain the body and brain to process balance information from the inner ear.

Another innovative and conservative treatment approach employs a device to deliver a series of low-pressure air pulses designed to displace inner ear fluids. The use of this device is approved for general use by the U.S. Food and Drug Administration (FDA) and is currently undergoing clinical trials in the United States.

Surgery is an invasive treatment that relieves pressure on the inner ear. These procedures destroy either the inner ear or the vestibular nerve so that balance information is not transmitted to the brain.